Bolivia offers significant investment potential within the upstream gas sector. Its favourable position at the core of the continent, with existing gas hungry markets on its doorstep secures it a future as one of the principal exporting hubs of Latin America. Neighbouring gas hungry markets and an increasing domestic demand are sparking the need for future exploration.

Bolivia's upstream industry dates back over one hundred years to 1910 and production began in the 1920s.

Hydrocarbon output is dominated by natural gas, providing significant wealth to the country's economy. Bolivia's central position in the heart of Latin America has proved essential in its ability to fuel the gas hungry nations of Brazil and Argentina. Demand for Bolivia's gas has continued to display rapid growth, with Brazilian consumption up 19% over the last decade. Bolivia is the largest exporter of natural gas in Latin America, with annual exports of approximately 569 billion cubic feet (BP Statistical Review of World Energy, 2017). 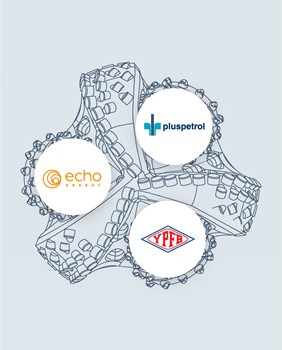 YPFB is the state owned oil and gas company of Bolivia. Founded in 1936, it is one of the longest standing energy companies in the country and is a key acreage holder in the Tarija Basin. Echo is participating in the Rio Salado Technical Evaluation Agreement with YPFB.

The Tarija Basin is the prolific gas producing basin of Bolivia and contains many commercial fields. Activity in the basin was high during the 1970-90s, with several discoveries focusing on shallow Carboniferous and Late Devonian plays in the east of the basin. Since then the focus has shifted westwards to explore and develop the deeper targets of the Devonian. This play was proven by the discovery of the San Alberto and Margarita fields in 1998. Both were multi-Tcf discoveries, with Margarita now the largest producing field in Bolivia.

There have been more than 20 discoveries in the Tarija basin. The sub-Andean province is characterised by a series of north-south trending structures forming foothills, with wide valleys between them. To the east, in front of the foothills is the Chaco Plain with much less deformation and topographic structure.

The Mid-Late Devonian shales of the Los Monos formation are the primary source rock for the hydrocarbons produced in Bolivia. Typical TOC values are 0.5 - 1% and the Devonian shales can be over 2,000 meters thick. The Kirusillas shales, of Silurian age, are a secondary hydrocarbon source.

The thick shales of the Los Monos formation also provide the sealing capacity.