Argentina offers favourable investment opportunities in the upstream sector. A historical lack of investment means the country is now reliant on imported gas to feed its growing economy. The country is opening itself to foreign investment in a bid to replace reserves and halt the decline in domestic production.

Argentina's gas industry began in the 1960's and has developed the country into a gas-intensive economy where 50% of its primary energy demand is now met by natural gas (BP Statistical Review of World Energy, 2017). Declining costs of credit default swaps (Reuters, 2017) related to an improving political and fiscal environment, only add to the attractiveness of the region. 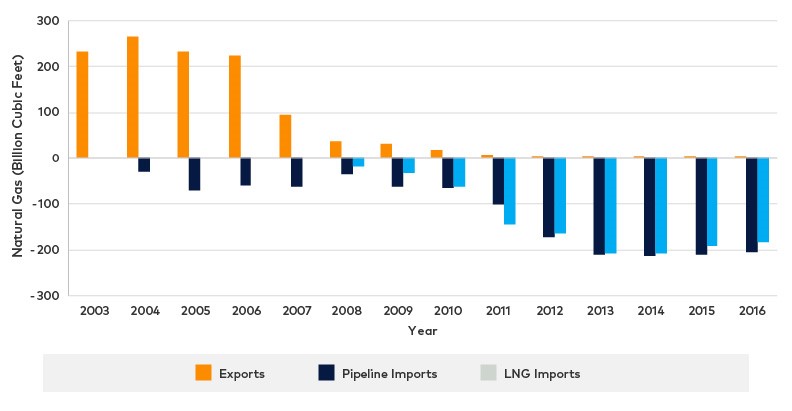 CGC is a major Argentinian-based upstream to midstream oil and gas company and a privately owned subsidiary of the Argentinian conglomerate Corporación América International.

CGC holds significant interest in the transport of natural gas and our partner across the Tapi Aike licence block within Argentina, in which Echo holds a 19% interest and CGC the remaining 81% interest.

The Austral Basin is located in southern Argentina, across the provinces of Santa Cruz and Tierra del Fuego, and extends into Chile. It covers an area of around 200,000 square kilometers, from the Andes mountains in the west to the Atlantic Ocean in the east.

The Austral basin holds approximately 34% of Argentina's natural gas reserves at approximately 4.27 trillion cubic feet (IAPG, 2015). The basin's geological history has provided a diversity of proven exploration play types of Jurassic, Cretaceous and Cenozoic age. These provide multi-Tcf potential and are the focus of our exploration work programme.

Much of the present-day surface topography is largely flat, barren and sparsely populated, providing excellent conditions to undertake hydrocarbon exploration.

The shales of the Lower Cretaceous Palermo Aike Formation are the main source rocks of the Austral basin with thickness varying from 50-400 metres. Typical TOC values range from 0.6-2% with type II and III kerogen.

The Lower Cretaceous transgressive Springhill Formation is the main producing reservoir in the Austral basin. A new exploration play is the Upper Jurassic volcaniclastic Serie Tobífera. Recently there have been a number of important discoveries made in the Tobífera.

The regional seal is provided by the mudstones and shales of the Palermo Aike Formation. These overly and inter finger the Springhill and Tobifera reservoirs across the basin. Our seal is also our main source rock.

There are a variety of trapping styles across our acreage in the Austral basin as a result of the complex geological history. There are both structural and stratigraphic traps. The Upper Jurassic and Lower Cretaceous plays are dominantly structural in style as a result of rifting and later compression. The Upper Cretaceous and Lower Cenozoic plays are dominantly stratigraphic in nature. 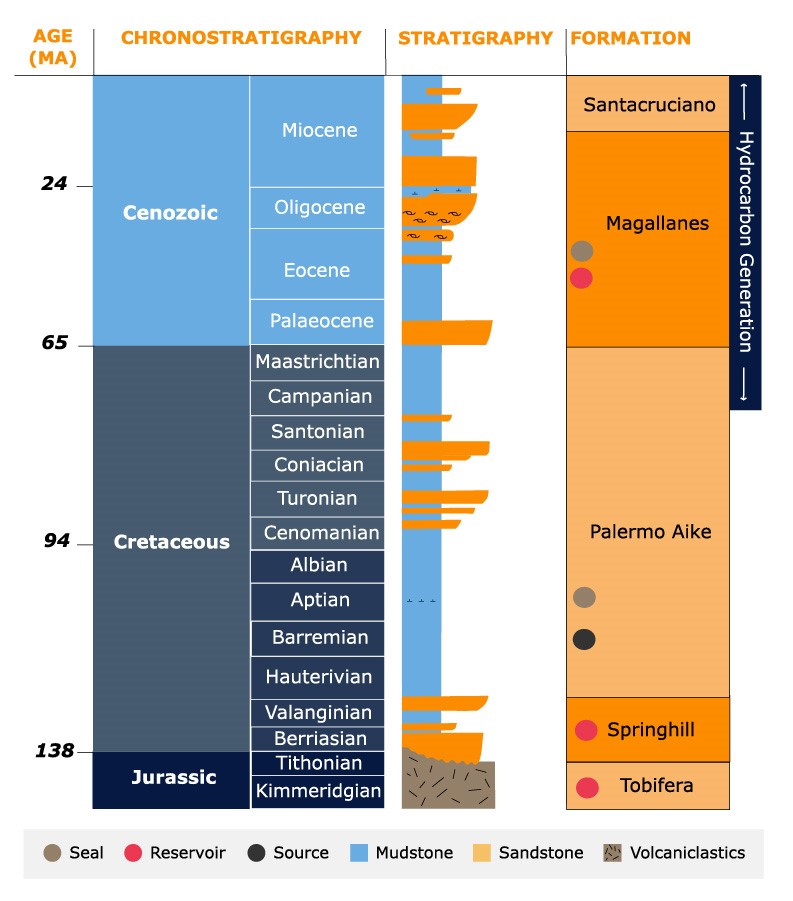